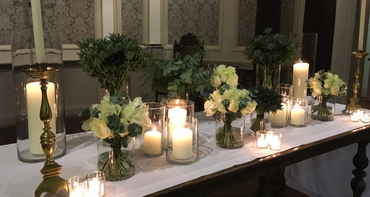 On a Sunday morning in a quiet London suburb, a man slips into a pew at the back of the parish church. The priest notices him and greets him at the end of the service. He says, in a hoarse voice, that he’d like to talk to her about some pastoral care, and they sit down together in a quiet spot. His name is J, and he has come to church for the first time in many years.

Blinking back tears, he tells her that he has cancer of the oesophagus and he is dying. He wants to find some peace and be reconciled with the church. His own church rejected him years ago, when he first came out, and now he wants to find his way back to faith. He saw the Inclusive Church statement on the noticeboard and decided to give her church a try.

They talk for a while, and she says that of course she will do his funeral, but we don’t need to plan that right now. He has six months or so left, and presently he says that he has made peace with his own death, but he is worried about his partner, B. She says she will offer J and B all the support she can, and then, as trust has built up, out comes the question he has wanted to ask all along:

‘Can we get married here?’

Sadly she explains the legal position, which is that in the Church of England the priest may not marry them in church, but can offer ‘informal prayers’ with them afterwards. J beams, delighted, saying that’s fine, we can do the legal bit in the registry office and then have the celebration in church afterwards. He calls it the ‘real wedding’ and she feels a twinge of concern. Exactly what the phrase ‘informal prayers’ means has never been defined, but that is all she is allowed by the church to offer, and she suspects that J wants something rather more ceremonial than the Bishops had in mind.

A week later they meet again. J and B are adamant that they want a church ceremony. J was brought up a Catholic and B is now coming to church and exploring faith in some depth, and they want to celebrate their marriage before God and his people. The priest reflects that she has rarely heard a couple articulate why they want a church wedding so clearly. They begin to make plans.

Three weeks later there is a registry office ceremony, fast-tracked because of J’s illness. The next day they meet in a church full of friends and relatives. Candles gleam against the low light of the December afternoon, and creamy white flowers and evergreens are everywhere, giving a piney tang to the air. J is resplendent in a kilt, specially altered, for he is losing weight rapidly, and B is dressed up in a morning suit.

The priest welcomes the couple in and begins a service she has spent many hours preparing, affirming the previous day’s ceremony as best she can. She reads from the bible, from the Song of Solomon, and she can hardly bring herself to say the words.

for love is strong as death, passion fierce as the grave.

She preaches on love, and redemption, and hope. J and B exchange rings, which she blesses, and they make vows to each other that include the words ‘til death us do part,’ so crucial and so poignant for this couple. There is music, and poetry, and a feeling of celebration. In a nod to the season, the organist belts out ‘O Come all ye faithful’. B and a few of his friends from the community choir sing ‘Hallelujah’ and, as they listen, J finally breaks down and weeps into the priest’s shoulder.

‘Why? Why can’t I just grow old with this man I love?’

She cannot answer, she just holds him as he sobs. The ceremony proceeds, and at the end, as they process down the aisle, husband and husband, she hopes it has been enough.

Was this service permissible? ‘Services of blessing’ are not allowed, but she blessed the rings and she blessed everyone at the end, as she would in any service. Was it informal? There was laughter, and ad-libbing, and fun, but it was solemn and emotional and heartfelt, and it spoke to the sanctity and joy of marriage. If that is what the church proscribes, she is squarely in the wrong.

Three months later she leads J’s funeral. Again the church is full of creamy-white flowers, and there are tears, and a little laughter, and he is commended to God’s mercy, ashes to ashes and dust to dust. This time she takes a weeping B into her arms, and tries to temper sorrow with compassion and hope.

Seven thousand same-sex couples are married each year in this country, and none is offered the joy of a wedding in the established church. The Church of England has been talking about this for years, in conversations and committees and theological inquiries, and now in Living in Love and Faith. The priest wishes they would stop talking about people who want to affirm their stable, faithful relationships and be married in church. She wishes they would just let those parish priests whose consciences are screaming that this discrimination is wrong get on with it.

Did she stay within the Bishops’ Guidelines? She’s not sure, but she is convinced she did the right thing. When she was ordained she vowed to ‘prepare the dying for their death’. J, knowing he was dying, asked his priest to affirm his marriage to B in the sight of God. In her mind she holds the words of Jesus:

‘Is there anyone among you who, if your child asks for bread, will give him a stone?’